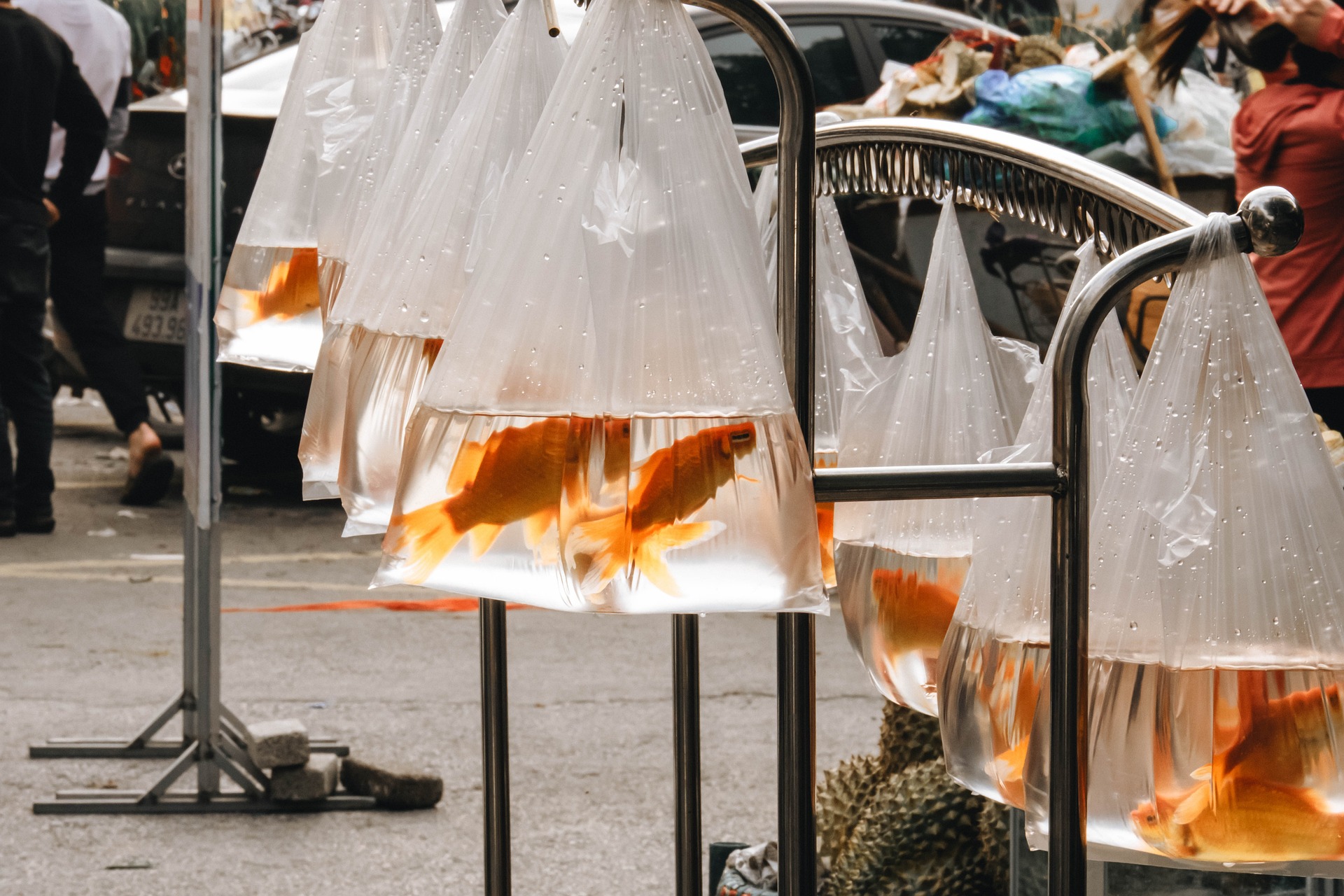 Why are plastic bags so dangerous?

Plastic bags are a convenient way to store and transport items. They're lightweight, they don't take up much room in your home, and they're easy to carry around with you. But plastic bags have some serious drawbacks that make them an environmental hazard.

They're bad for the environment.

Plastic bags are made from non-renewable resources and require a lot of energy and water to produce. They don't break down easily, either—it takes more than 100 years for a plastic bag to decompose in the ocean.

Plastic bags are also a major source of litter, which is detrimental to the environment because it can choke marine life and block drains or sewers.

And don't forget about the animals that eat them! Ingestion is common among seabirds, whales, turtles and other species who mistake plastic for food—and it often proves fatal.

They're bad for animals.

Wildlife can also mistake plastic bags for prey or food. For example, whales are known to eat plastic bags that resemble their natural prey—small fish, squid and jellyfish. In fact, when researchers counted the number of pieces of plastic found in dead whales’ stomachs, they found an average of 225 pieces per whale! Additionally, marine turtles have been known to eat jellyfish which have ingested bits of microplastic (tiny pieces of tiny plastics). Unfortunately this causes blockages in their digestive system and leads to starvation or death by suffocation if the piece gets stuck in their lungs.

They're hard to recycle.

Although plastic bags are easy to use and throw away, they are not easy to recycle. Like other types of plastic, they can tangle with other materials during the recycling process. And because plastic bags have so many different uses and sizes, it's difficult for recycling facilities to sort them out for reuse.

Because of these challenges, many recycling programs have stopped accepting plastic bags altogether. In addition, some stores have started charging customers an extra fee or banning their use altogether (although this is rare).

They can be dangerous when you try to reuse them.

You might think that reusing your plastic bag makes it more environmentally friendly, but in reality, this is not the case. Plastic bags are designed to be used once and then thrown away—in fact, they can cause injury when you try to reuse them. The handles of these bags are made out of plastic as well, so if you reuse one enough times (or incorrectly), it may break on you and cause injury or even death!

Plastic bags are very harmful to the environment and should be avoided.

Plastic bags are made from petroleum, a nonrenewable resource. They don't biodegrade and can remain in the environment for years.

When people use plastic grocery bags to line their garbage cans, they often end up as litter because they blow away or get stuck on trees and bushes. The plastics industry has spent millions of dollars on advertising campaigns that encourage consumers to reuse plastic bags instead of disposing of them in landfills. However, reusing these bags is not safe for either humans or animals: when wet, these materials may produce odors or leach chemicals into foods; when frozen at low temperatures, they may break apart into small pieces that could be accidentally ingested by animals such as birds and turtles; when burned at high temperatures (eg during wildfires), they release toxic fumes into the atmosphere; and since there are no recycling programs available for most types of plastics used in packaging like those found in disposable grocery store shopping bags (eg bags made from polyethylene terephthalate [PET]), recycling programs do not exist today so it's important not only just not using them but also getting rid off them through proper disposal methods such as throwing away properly with other garbage items instead of flushing down toilets where they'll cause problems later if improperly disposed off which can lead towards clogging pipes due to broken down particles - especially if combined with grease buildup over time).

Plastic is durable, waterproof and lightweight

Plastic takes years to break down

When you see a plastic bag in the street, it’s one of the most common types of litter. When they’re exposed to sunlight and other natural elements, they can break down into smaller pieces. But even then, they don’t go away. They just become smaller pieces of plastic—and those small pieces can still harm wildlife.

How do we know? Because even though plastic bags are made from oil and natural gas, they take years to break down in water or on land. It takes about 1,000 years for a piece of discarded plastic to completely decompose—and that's if it doesn't end up in the ocean first!

Plastic bags are one type of trash that often ends up floating in oceans around the world because people use them so much—and once there, fish and other animals eat them without knowing how dangerous it is for their health (and ours).

It's easy to see how plastic bags could be mistaken for food. The bags have a similar look and texture to jellyfish, which is a common food source for turtles. Sea birds also mistake plastic bags for their main food source: fish. And whales are known to mistake the bags they find floating in the ocean as squid, which is one of their favorite meals.

Plastic litter can be carried over long distances

Plastic litter can be carried over long distances by wind, rivers and ocean currents. Plastic bags have been found in the deepest parts of the ocean and even in the Arctic. It is estimated that around 100 billion plastic bags are used worldwide each year.

Plastic bags are not digestible by animals.

Grazing animals, like sheep and cows, can get their stomachs blocked if they eat plastic bags. This can lead to starvation or even death.

The benefits of plastic bags come at a very high cost to the environment.

The benefits of plastic bags come at a very high cost to the environment. Plastic bags are not a sustainable resource, as they can only be used for a few seconds before being discarded. This means that every time you use one, it’s likely that you don’t re-use it again or recycle it (which is often an option). This creates an unsustainable waste problem that also has negative impacts on wildlife since plastic bags look like food when animals eat them.

The U.S. alone uses 100 billion new plastic bags each year, after which they either end up in landfills or get thrown away into oceans by beach goers who think they're trash instead of recyclable materials! It takes those plastics hundreds of years to break down because there's no oxygen in those environments—plus most recycling centers don't accept them anyways because they're so lightweight they fall through sorting machines into landfills anyway!

Plastic bags are very harmful to the environment and should be avoided. We need to start using more environmentally friendly alternatives and recycling what we can. If you still use plastic bags, consider replacing them with reusable ones.